Vanishing Kings: A Celebration of the adaptation of Lions 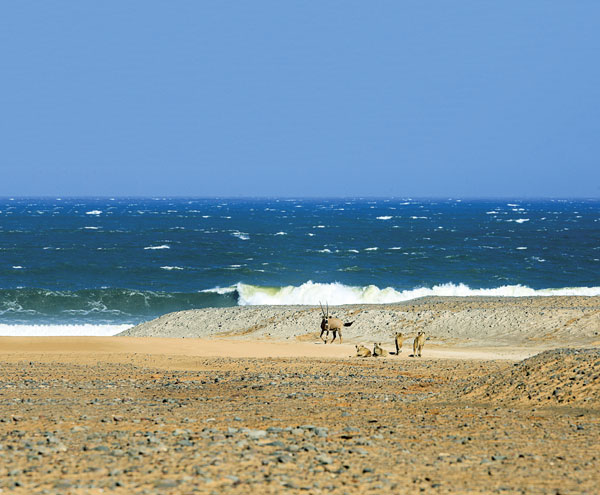 A lioness… caught by the camera in mid-stride as it prepares to attack an adult Gemsbok.

This is not an unusual tableau for Africa, but where you might expect to see it amidst a landscape of savannah, this particular image has a copper coloured sand dune and the ocean as a backdrop. 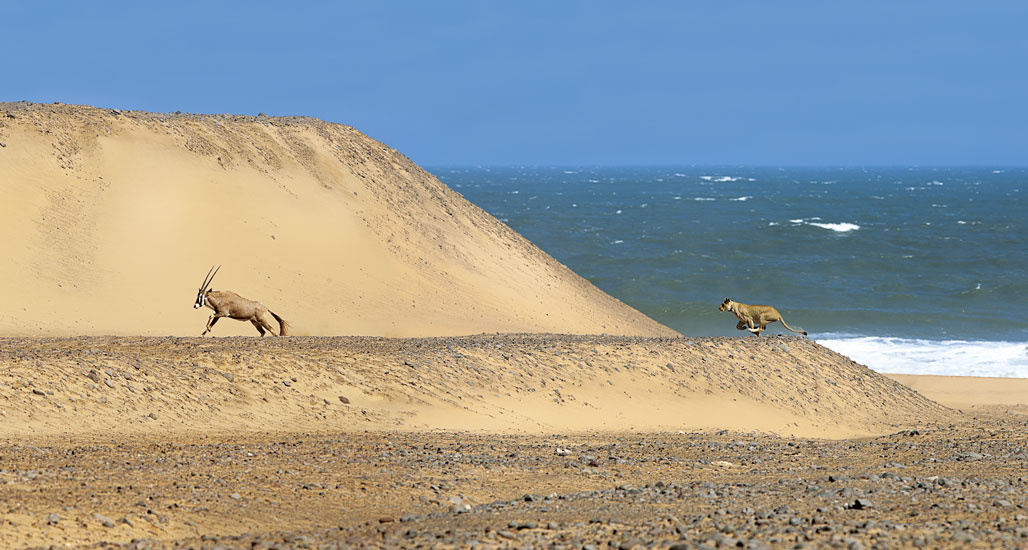 It is a photograph from a new book published by HPH Publishing, which will change so much of what you thought you knew about lions and their natural habitat. The culmination of two decades of research by Dr Philip Stander, ‘Vanishing Kings – Lions of the Namib Desert’ provides unprecedented insight into how lions have adapted to this harsh environment. The book has succeeded in merging art and hard science into a profoundly detailed and beautiful book that will find its place as easily on a coffee table in the environmentally conscious home as on the shelf of the most discerning conservationist.

While it documents a long-term study that is ongoing, Stander acknowledges that it was important to take the time away from the active research to produce the book, ‘Vanishing Kings– Lions of the Namib Desert’, and we believe a multitude of readers will agree. It portrays the lives of four consecutive generations of Namib lions which Stander was able to follow and come to know individually for the duration of their lifespans. Each lion is afforded the chance to play a character in this story, revealing individual personality traits captured in anecdotes and interactions as well as compelling photographs. The book will strike a chord with anyone with a love for these noble creatures, and also promises to reach them in a way they may not have been reached before – visually, intellectually, emotionally, and for the more academic reader – scientifically – because most research events in the book are original data that have not previously been published.

What Stander and his collaborators—wildlife filmmakers Will and Lianne Steenkamp who have produced a film and sequel by the same name—have managed to create through Vanishing Kings will be felt for years to come. In a world of instant gratification, it is a celebration of the value of long-term work that reflects a complete immersion into a time and place. The ongoing theme of human-wildlife conflict presents as many solutions as challenges and has already influenced conservation policy in Namibia. It is also a relevant and comprehensive case study for the collaboration of multiple disciplines in conservation, research, tourism and government.

This is an absolute jewel of a book and an advance edition is available for order now.  To find out more, click here, and to pre-order click here, save R50, and have your book delivered by courier before end of April in RSA.

Your purchase will also assist in the conservation of these magnificent creatures, as R100 of each book sold will go to towards Desert lion conservation.